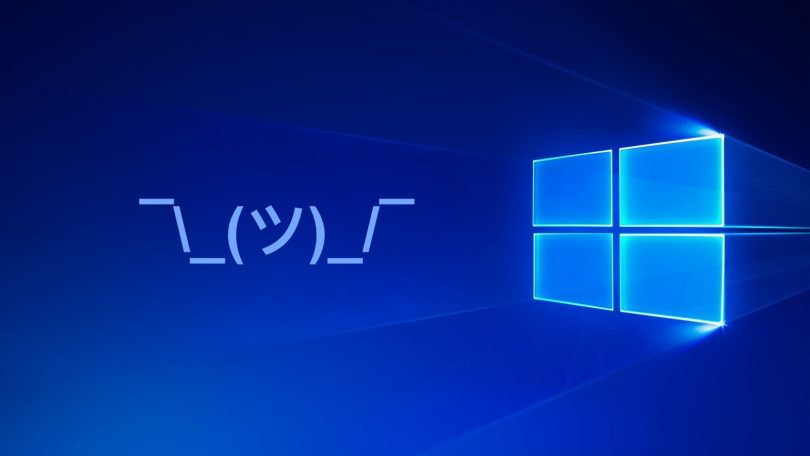 They are followed by users of Chrome OS, and Linux is the least attacked.

Statistics were compiled on the basis of data collected by the company’s internal tools. As it turned out, 61% of the malicious advertisements that researchers observed between July 11 and November 22, 2019 were targeted at Windows users.

Experts explain that it is not surprising at all: given that a huge share of the OS market belongs to Windows, there is no wonder that majority of the malware over the past 30 years was intended specifically for Windows.

With Windows remaining a lucrative battlefront, there is little incentive for malware authors to invest time and resources to develop mass-market Mac-centric threats, focusing mostly on advanced and sophisticated threats designed for C-level executives and decision makers”, — explain Devcon analysts.

Nevertheless, Chrome OS takes the second place in the list, which pretty surprised experts. Over the past four months, a lot of malicious advertising campaigns have targeted the Google operating system: 22% of malicious ads targeted Chrome OS users, and this is more than for macOS (10.5%), iOS (3.2%), Android (2.1%) and iPadOS (0.8%).

At the same time, the least attacks aimed at Linux – only 0.3% of the total number of malicious ads. However, this is also not surprising, since most Linux systems are used as servers. 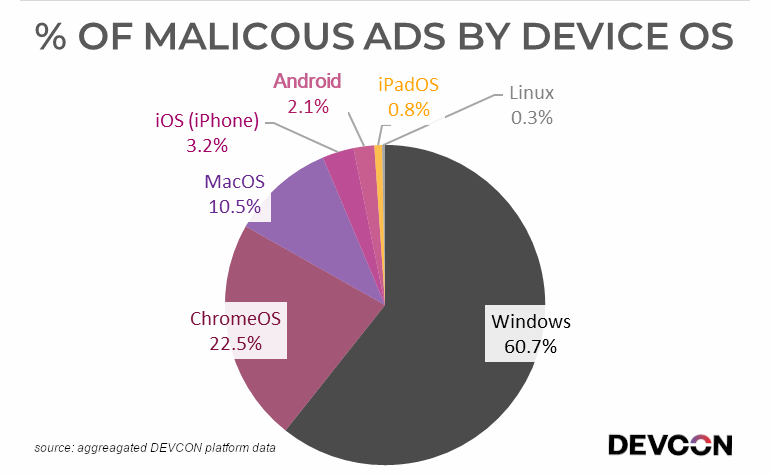 Confiant published a similar report, also dedicated to malicious advertising. Researchers studied over 120 billion impressions of advertisements published in the third quarter of 2019 (July 1 to September 30, 2019) in 75 advertising networks.

It was found that almost 60% of all malicious ads seen in the third quarter of 2019 were published on three unnamed advertising platforms.

The most worrying thing is that only one supplier was responsible for 30% of the impressions of malicious ads”, — analysts say, but do not disclose the name of this company.

According to researchers, detection of malicious advertising campaigns on their platforms should not be difficult for companies, since such activity is usually quite “loud” and affects 13.84% of all advertising displays on the platform.

What can you do to protect yourself?